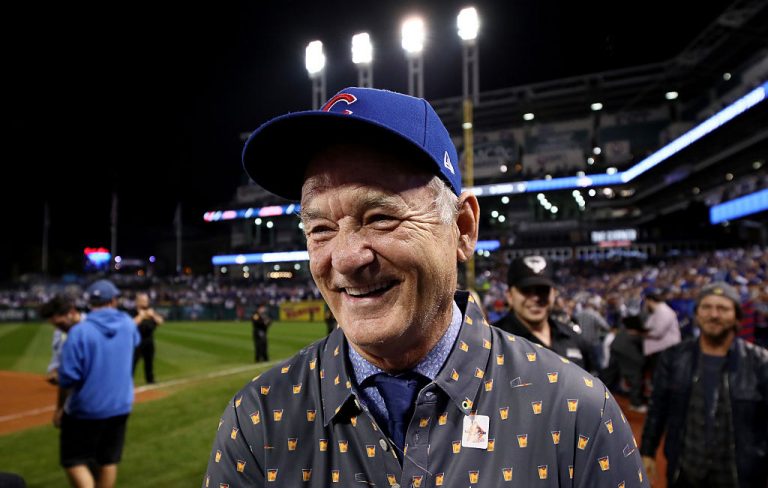 Bill Murray turns then ripe old age of 67 today (September 21). He’s been delighting the Internet with his winningly eccentric behaviour for years now and we love him for it. Just last summer, a man tweeted a picture of him brazenly nicking a chip off his friend’s plate while they grabbed a quick snack at Martha’s Vineyard Airport in Massachusetts, and it soon went semi-viral. We feel it’s just the right time to round up some of the best real-life Bill Murray stories being bandied about online. Before we begin, it’s only fair to point out that there’s a whole website dedicated to these anecdotes, and it’s probably the perfect way to waste your lunch break.

1. In early 2016, he reportedly lobbed three mobile phones off a restaurant roof after fans got a bit too eager to grab a selfie with him. Being a gent, Bill later agreed to replace the property that was damaged.

2. In 2014, he was spotted dancing in the crowd at a Kings Of Leon gig in New York City, something which Nathan Followill called “one of the highlights of my career”. He was also seen enjoying Girlpool’s set at SXSW last year.

3. Murray has been spotted riding a children’s bike through branches of Wal-Mart on several occasions, most notably at a store in Southfield, Michigan in 2006, when a man named Jake says the actor was “wearing an obviously heavily used firefighter’s uniform, complete with oxygen tank, [which] made the moment a little too surreal for my tastes”. We hear you, Jake.

4. In 2014, he crashed a random guy’s bachelor party and gave the prospective groom some very wise advice, which thankfully was captured on camera.