Alone on the Open Road: Truckers Feel Like ‘Throwaway People’ 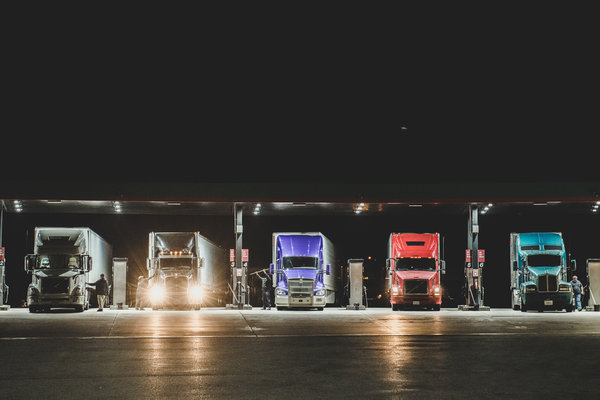 EFFINGHAM, Ill. — The vast Petro truck stop here is a neon-lit, blacktop oasis at the crossroads of America. It beckons big-rig drivers with showers, laundry machines, a barber shop, even a knife store. “Professional drivers only,” reads the sign above the tables of the Iron Skillet restaurant, where truckers sit mostly alone, carrying the solitude of their jobs into an otherwise social setting.

Driving a long-haul tractor-trailer is as commonplace as the items that drivers carry, from blue jeans to blueberries, from toilet paper for Walmart to farm machinery bound for export. There are 1.7 million men and womenworking as long-haul drivers in the country. Yet truckers — high up in their cabs — are literally out of view for most Americans.

At a moment when President Trump has ignited a national discussion of blue-collar labor and even climbed into a truck during a White House event, trucking, which was once among the best-paying such jobs, has become low-wage, grinding, unhealthy work. Turnover at large for-hire fleetshauling freight by the truckload — the backbone of the industry — runs an astonishing 80 percent a year, according to a trade group. Looming over the horizon is a future in which self-driving trucks threaten to eliminate many drivers’ livelihoods.

Still, trucking continues to draw plenty of newcomers, reflecting the lack of good alternatives for workers without a higher education (one survey found that 17 percent of truckers had less than a high school diploma). Some have lost better-paying manufacturing jobs in the continuing deindustrialization of America. Others have spent years knocking on the door of the middle class in minimum-wage jobs in fast food or retail. To them, trucking is a step up.

Over two days recently, The New York Times spoke to truckers at the Petro stop, which sits at the intersection of Interstate 57, between Chicago and Memphis, and Interstate 70, between Indianapolis and St. Louis. These interviews were edited and condensed. The maps show drivers’ routes in picking up and delivering their loads.

(The Times also wanted to hear what long-haul truckers wish car drivers knew and see how they have made the inside of their cabs into a home. Here are the stories and photos that drivers shared.)
Read More at The New York Times
James Mattis, a Warrior in Washington ‘It Went Off the Rails Almost Immediately’