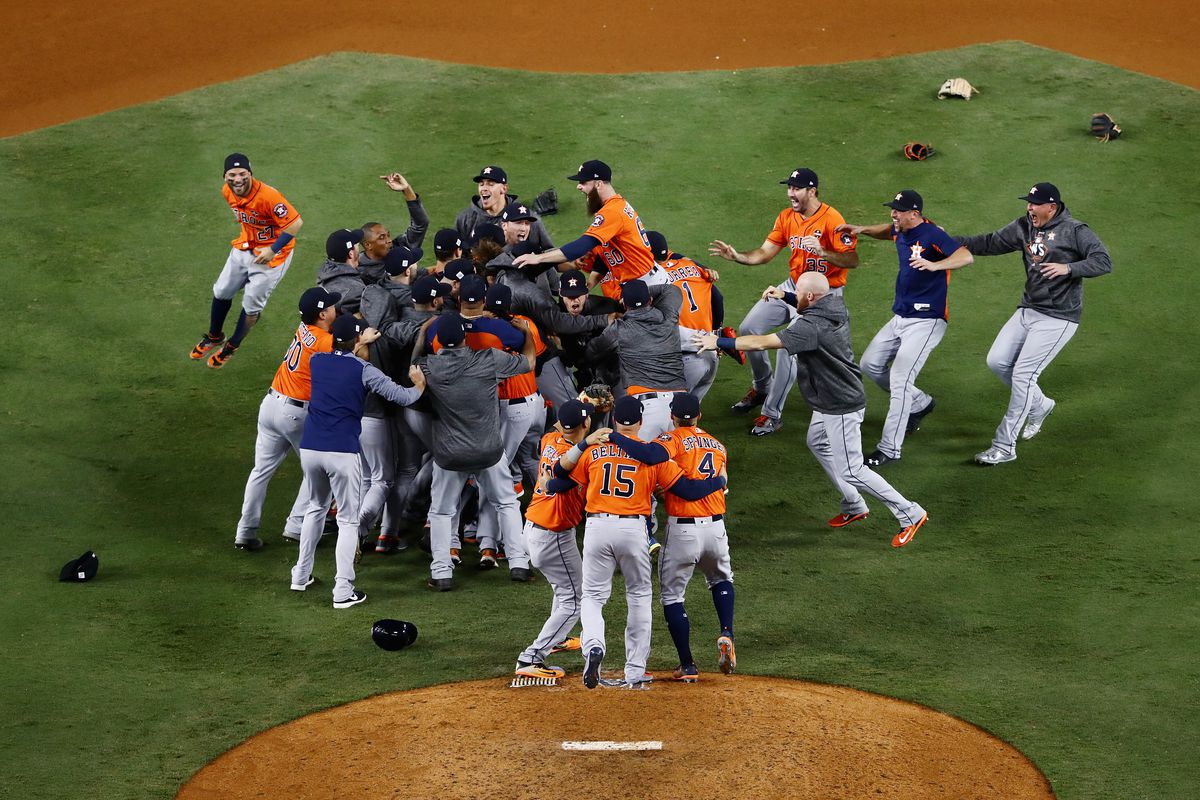 LOS ANGELES — How do you measure strength, as in the capacity of Houston Strong? Material strength, for example, can be defined as the ability to withstand an applied load without failure. It could be seen in the constellation of needle marks on the left thumb of shortstop Carlos Correa, who revealed only after the Astros won their first World Series Wednesday night that he had received pain-killing injections “every day” since he wrecked his thumb Oct. 14 in the postgame euphoria of his walkoff hit in Game 2 of the American League Championship Series.

“I look like a drug addict,” he joked. “My hand is just numb. I couldn’t feel anything for weeks. I couldn’t say anything, because I didn’t want the [other] teams to know.”

It was there in one of the most impressive postseason runs of all time, when Houston took out the three teams with the top payrolls in baseball, and climbed the financial ladder in proper order while doing so, from the Red Sox to the Yankees to the Dodgers.

It was there every time the Astros faced a must-win situation. In three elimination games, two against the Yankees and one in World Series Game 7 against the Dodgers, they never trailed while outscoring their would-be conquerors, 16–2.

Mostly, it was there in how they responded to Hurricane Harvey, the most severe rainfall event in recorded United States history that hit the Houston area hard in late August. The Astros gave Houston and Southeast Texas a diversion at the very least, and a source of community pride and healing at its best. After the deluge, the Astros went 18–3 at home, including 8–1 in the postseason, all the while dealing with their own worries.

Moments after the World Series, Houston manager A.J. Hinch revealed that when the storm hit as the team was on the road, second baseman Jose Altuve “came up to me and asked how long would he have to play like this”—with his family back in Houston, getting surrounded by water. They were safe, but scared.