Crows are doing the best they can 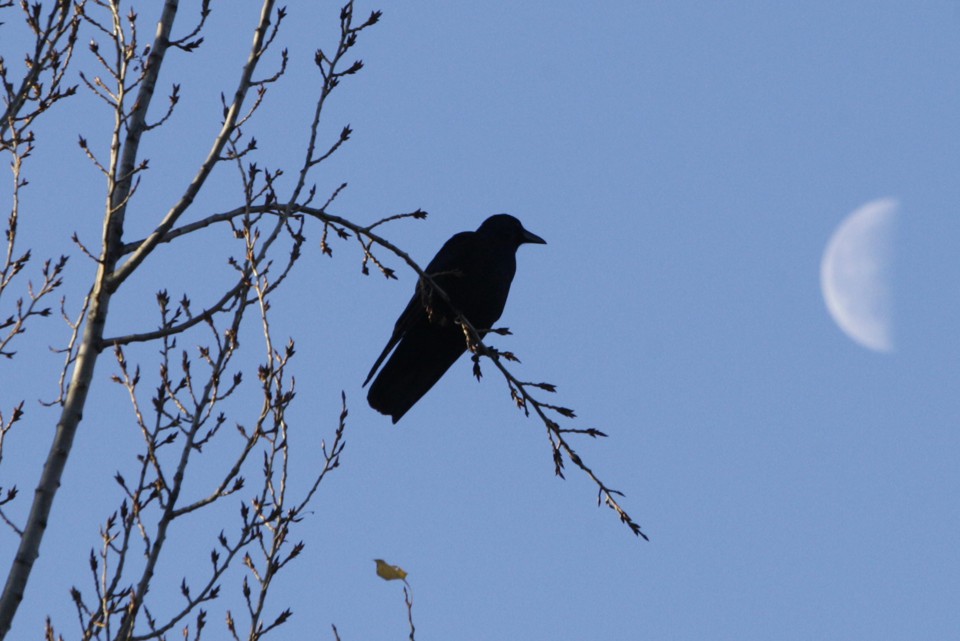 The first thing to know about crows is that a group of them is called a murder.

In America, crows count as a Halloween decoration, like skeletons and mini-gravestones. Homeowners perch plastic ones in their trees to instill fear in passersby. People in many cultures consider the crow to be an omen, a harbinger of war and death. In Islamic hadith, reports about Muhammad’s sayings and practices, crows are one of the five animals “for which there is no blame on the one who kills them.” On the Faroe Islands, virginal women once had to throw a stone, a bone, and a clump of dirt at a crow for some reason. Farmers literally erect mannequins in their fields to scare them.

Can we give crows a break?

The world’s treatment of crows is grossly unfair. When I was a kid, my parents told me about their friend Linda, an elementary-school teacher in Illinois. One day, Linda and her class decided to adopt a zoo animal as a service project. When she was reading to them from a list of available animal adoptees, “crow” came up as an option. “Who would want a stupid old crow?” one little boy asked. The class adopted a polar bear instead.

When I heard this story as a child, it devastated me. I knew what it was like to get picked last. I would feel a pang of pity whenever I saw a crow perched on the power lines behind my house or pecking through the yard. Stupid old crow, I would say to myself sadly. But in fact, crows are not stupid. That little boy in Illinois can eat crow—because these birds are really, really smart.

Crows, along with magpies, jays, and ravens, are members of the family Corvidae, a group known for two things: exhibiting complex behaviors, and having massive brains. A New Caledonian crow named Betty once made a TED Talk audience go bananas by bending a wire to make a hook. And researchers believe the Hawaiian crow is likely to have the same talent.