‘Game of Thrones’: Emilia Clarke, the queen of dragons, tells all 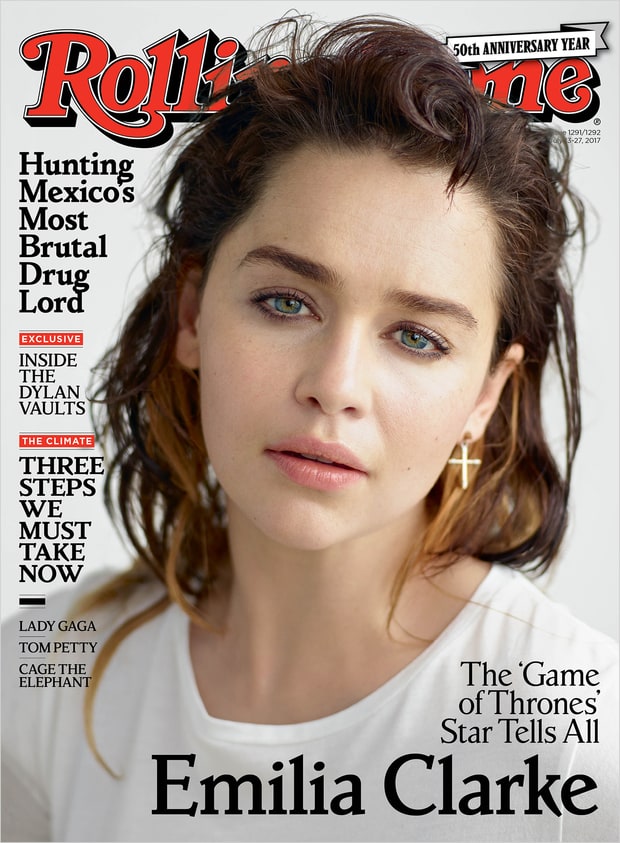 On a recent Monday afternoon, the queen was taking her tea. “Could I just be more English than sense itself and get an Earl Grey?” asks Emilia Clarke from the deep folds of a leather chesterfield sofa in the so-called Drawing Room of her downtown Manhattan hotel. The young waiter is only too happy to oblige, though it’s unclear whether he knows he’s in the presence of the Khaleesi, Mother of Dragons and rightful ruler of the Seven Kingdoms.

That being said, six seasons into HBO’s Game of Thrones – a cultural phenomenon that plays in no fewer than 170 countries, has inspired countless tattoos and baby namings, and has proved to be the network’s most popular show of all time, with a seventh season set to premiere July 16th – it’s more than likely that he does. Clarke smiles and tucks her feet up under her. “I’m crap at getting recognized,” she confides. “People are like, ‘Oh, hey!’ And I’m like” – she starts yelling – “‘God! Oh, hi! I’m sorry!’ ”

When I first met Clarke, back in 2013, the actress was 26, still relatively unknown when not wearing her signature GoT blond wig, and not likely to compare herself to her warrior-queen character. She’d still seemed slightly in awe of the fact that she’d gotten the job at all, which was only her third acting role ever. “I’m all too painfully aware of how quickly this can disappear,” she’d told me when we’d met in a Broadway dressing room, where she was rehearsing to play Holly Golightly in Breakfast at Tiffany’s.

Four years later, Clarke has maintained her hallmarks – wry humor and ample good will, among them – but it’s clear we’re in another realm. Even in a messy bun and frayed blue jeans, she now comes across as a sort of beacon – poised, almost glowing, a point to which all other attention can’t help but be drawn. In other words, she has a way of commanding the room that seems downright Khaleesi-esque. She has, after all, now spent the bulk of her adult life embodying one of our culture’s most striking images of female domination, while eloquently explaining her onscreen nudity in broadly feminist terms. She’s turned 30 (of which she says, “I was just quietly panicking”). She’s graced the big screen multiple times, including opposite Arnold Schwarzenegger in Terminator Genisys. And, like the rest of us, she’s lived through Brexit and the ascendency of Trump, or, as she puts it, “ ’16. The fucking year where everything shit happened.” So, times have changed – for better and for worse.

Angela Merkel, the most powerful woman in the world of unstable men Detroit at crossroads 50 years after riots devastated city