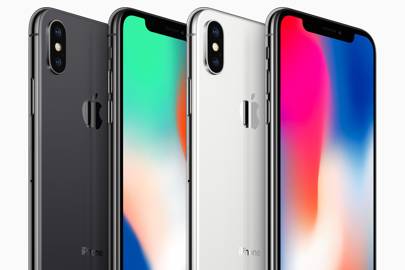 The iPhone X is the best phone of all time. Having spent little over 24 hours with the handset, critics are claiming that it “changes everything” and is “clearly the best iPhone ever made”.

Reading most iPhone X reviews is an ordeal. Join us as we take the pain away.

“Waking the phone snaps me back to the present,” writes Mashable’s Lance Ulanoff. “I’m suddenly unmoored as my eyes dart across the nearly unblemished Super Retina OLED screen, searching desperately for the home button.” Except, of course, there is no home button.

Ulanoff refers to the notch atop the X as a “peninsula of darkness”, though later posits that there is “no other way to describe the black area” other than “the notch”. Writing for Forbes, David Phelan describes how apps move around the notch as “like spilt paint gently filling in the gaps between floorboards”.

The Verge’s Nilay Patel argues that the X is “clearly the best iPhone ever made”, which has “ambitious ideas about what cameras on phones can be used for” – such as scanning your face. “I’m not being hyperbolic when I say it drastically redefines the iPhone as we know it,” writes Engadget’s Chris Velazco. The screen is “subdued and natural” and the phone, overall, “doesn’t feel foreign at all”. But, he notes, “Apple is changing what it means for an iPhone to be an iPhone”.

Seemingly unafraid of hyperbole, Ulanoff claims that “everything the iPhone X is serves as a roadmap for future iPhones”. For TechCrunch, reviewer Matthew Panzarino, the X is “like using the future of smartphones, today”. As for Face ID, Ulanof describes it as “a journey, and you need to be ready for it”.

At Business Insider, Steve Kovach explains that having spent 18 hours with a phone he hasn’t paid for, he is “already sold”. The X has also caused a minor beard-shearing epidemic amongst the technology press, with correspondents at Business Insider, CNET and USA Today all shaving off their facial hair to try and trick Apple’s Face ID system. Spoiler: Face ID doesn’t ID you using your beard.

On iMore, Rene Ritchie explains he’s spent “the better part of one day” with the X and has been “smiling the whole time”. A worrying state of affairs. It is also “the best damn product Apple has ever made” – a point hammered home not once, not twice, but thrice.