With Hulu’s Emmy win for “The Handmaid’s Tale,” a streaming underdog comes of age 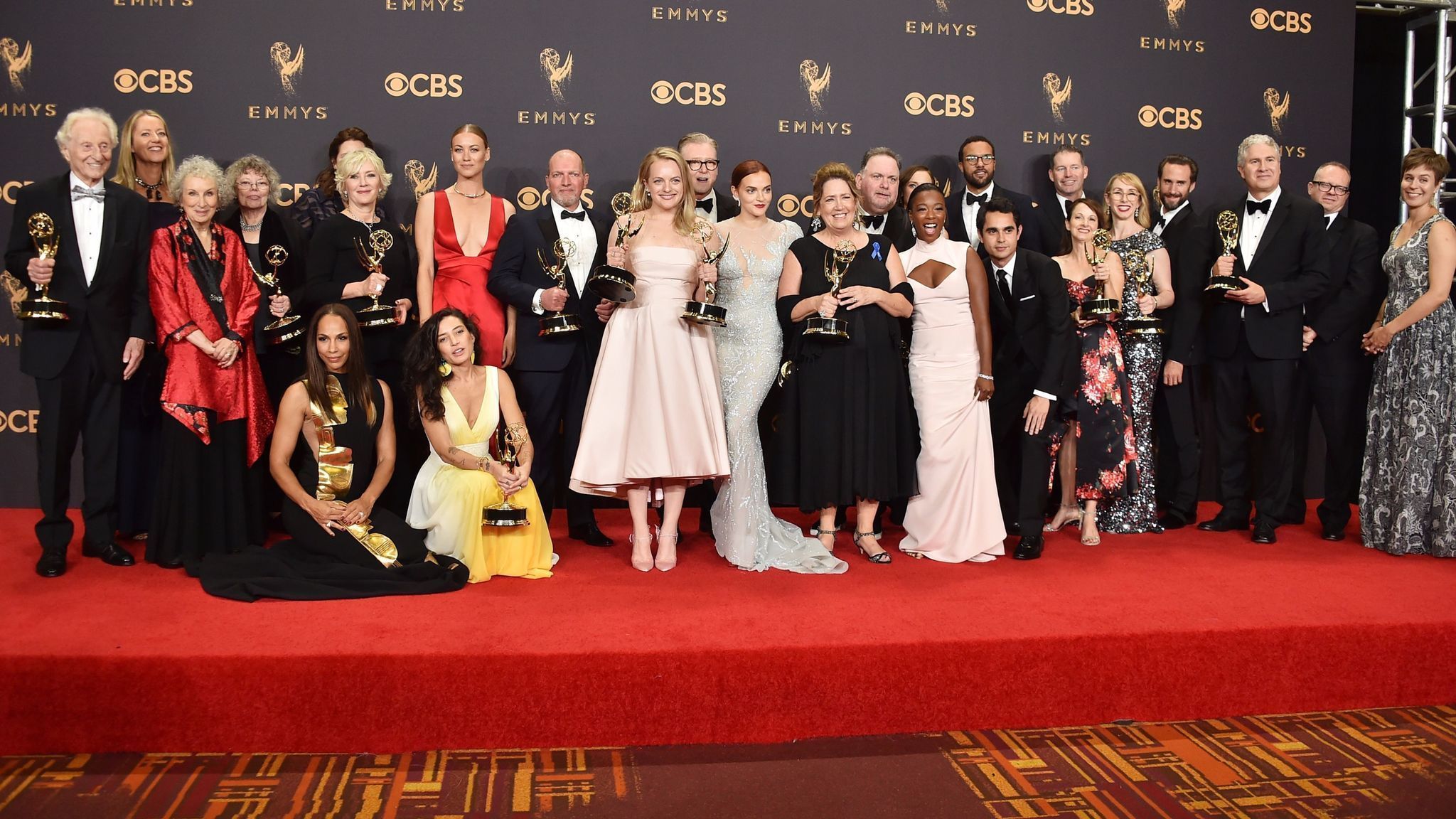 Not long ago, Hulu was known primarily as a streaming service for viewers who wanted to relive the glory days of “Seinfeld,” “The Golden Girls,” “South Park” and other TV favorites.

All that changed this year with “The Handmaid’s Tale,” Hulu’s feminist sci-fi series that became a national conversation starter and its biggest success to date. On Sunday, the series, based on the Margaret Atwood novel, took home five Emmy Awards — including the award for outstanding drama series — tying HBO’s “Big Little Lies” for the most wins of the year.

“The Handmaid’s Tale” is the first streaming show to win the drama series award — a feat that neither Netflix nor Amazon could accomplish — and signals Hulu’s ascent to the top ranks of TV. At the same time, its victory represents a win for traditional media, since Hulu is a joint venture between 21st Century Fox, Walt Disney Co., NBCUniversal and Time Warner. “Handmaid’s” was produced by MGM Television, a division of the classic Hollywood studio.

With its big victory, Santa-Monica-based Hulu now looks as if it has finally come of age and is ready to go up against its larger streaming rivals in the fight to land coveted scripts and A-list talent.

The new yuppies A time in the desert