The Supreme Court Has An Ethics Problem 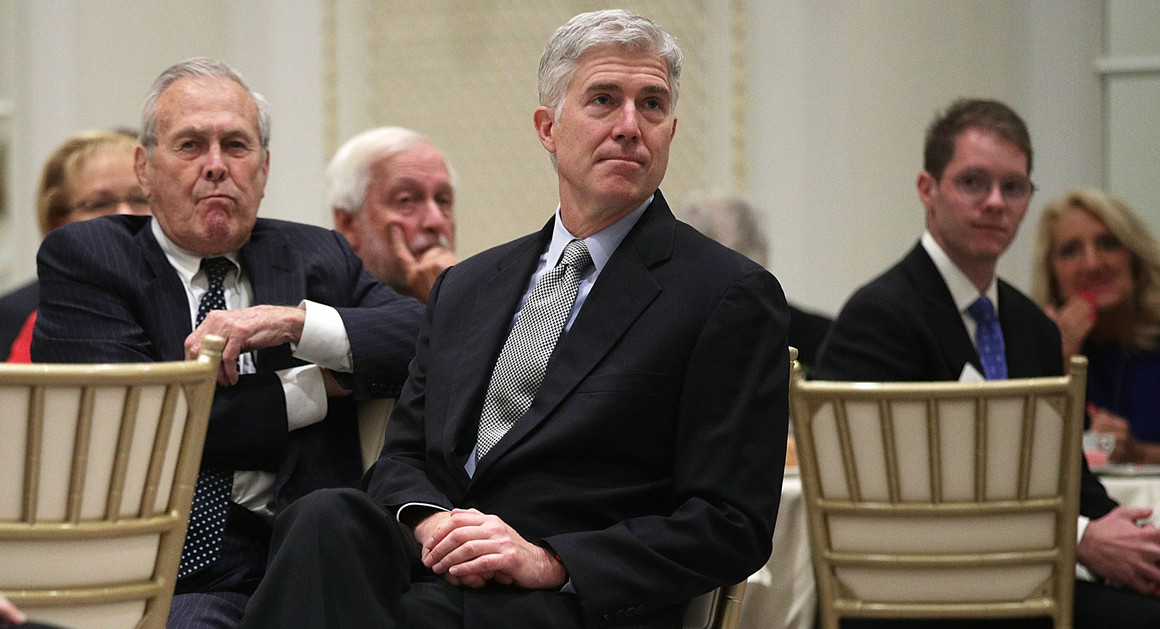 A few days before the Supreme Court returned from its summer break, Justice Neil Gorsuch, the court’s newest member, attended a luncheon at the Trump International Hotel, where he was to give the keynote address. The location of the speech attracted the attention of dozens of protesters and a number of ethics watchdogs, who noted the apparent conflict of interest posed by Justice Gorsuch—a Trump nominee—keynoting an event at a hotel whose revenue goes in part to President Trump. That arrangement was bad enough on its own. But there was another potential conflict of interest created by Justice Gorsuch’s speaking engagement—and it highlights the ongoing ethical issues that threaten the credibility of our nation’s highest court.

The same morning that Justice Gorsuch gave his speech, the Supreme Court announced that it would hear Janus v. AFSCME. This is a case that will determine whether public sector unions—which represent teachers, nurses, firefighters and police in states and cities across the country—can collect fees from all employees in the workplaces they represent. Justice Gorsuch is widely expected to deliver the court’s deciding vote to strip unions of this ability. A decision along these lines would seriously undercut workers’ freedom to have a real voice to speak out and fight for higher wages, better benefits and improved working conditions.

Here’s the rub. Justice Gorsuch’s speech at the Trump hotel was hosted by the Fund for American Studies. And who funds the Fund of American Studies? The Charles Koch Foundation and the Bradley Foundation. The Charles Koch Foundation is dedicated to promoting limited government, free markets and weaker unions; and the Bradley Foundation has worked for decades to, in their own words, “reduce the size and power of public sector unions.” In fact, the Bradley Foundation helped pay the litigation expenses for Janus—the case in which Justice Gorsuch is likely to be the deciding vote. Think about that: Just as the ink was drying on the court’s announcement that it would hear Janus, Justice Gorsuch was off to hobnob with some of the biggest supporters for one side of this important case—the side that wants to deny workers the freedom to build a future that doesn’t hang by a thread at the whim of a few billionaires.

This isn’t the first time the Supreme Court has strayed over the ethical line. Take a look, for example, at ABC v. Aereo. The court concluded that Aereo, a small television streaming service, had violated the copyright of broadcasters by capturing signals from television stations and retransmitting programming from those stations to the company’s subscribers. Time Warner—one of the broadcasters who stood to lose if the court allowed the practice—filed a friend-of-the-court brief arguing that the court should side with the broadcaster. At the time, Chief Justice John Roberts owned as much as $500,000 in Time Warner stock. Despite this blatant conflict of interest, Roberts would not recuse himself from the case. Instead, he joined the majority in effectively killing the small streaming service.

Clean raving: how club culture went wild for wellness Social Media Turned These Girls Into Stars. It Also Made Them Targets.