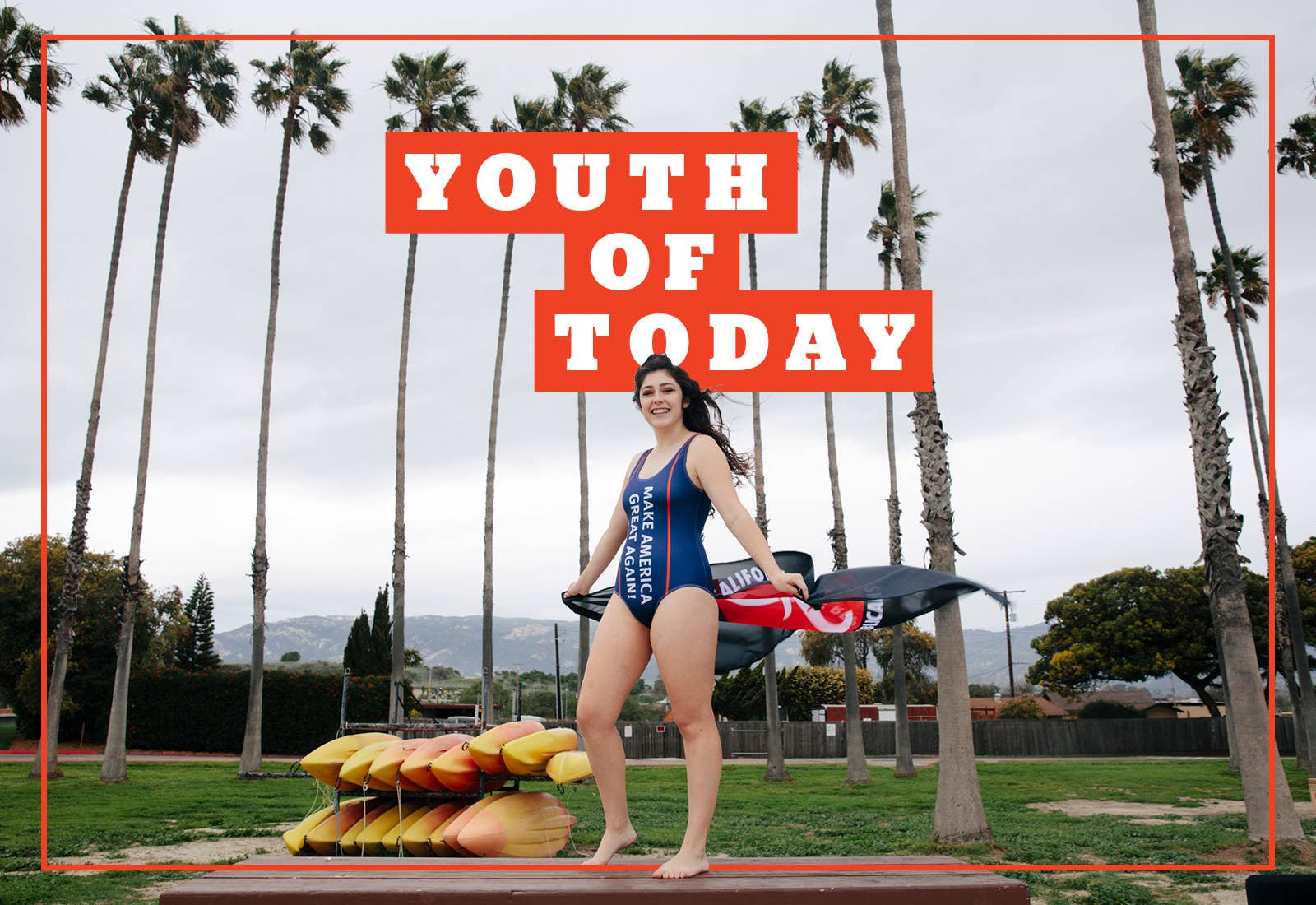 Shortly after 5 p.m. on a recent Saturday in April, the Chem 1179 lecture hall at the University of California, Santa Barbara, erupts in the kind of screaming you usually only hear when the headliner finally walks onstage at a concert. Coming down the right aisle of the auditorium is a man whose hair is highlighted with blonde streaks, in leopard-print shorts and a military-style jacket with red epaulettes, sunglasses still on (indoors), and diamond studs gleaming in his ears. The woman behind me turns the color of an anguished beet and screams his name: “Milo!!!”

Right-wing troll Milo Yiannopoulos has arrived as the surprise guest during the second day of this year’s California College Republicans Convention, where college Republicans from around the state are meeting for a weekend of speeches and drinking. The convention will conclude in a vote on the third day for a handful of leadership positions, including communications director, secretary, and the big one: chairperson. Today is mostly dedicated to students and guest speakers lecturing on “foes” in the liberal media (turns out it’s me!), the future of the GOP, and how to convince other millennials and Gen Z kids to become Republicans.

The mechanics of campus politics are rarely interesting. The stakes are low, the rules are complicated and tedious, and the impact of their elections is rarely explicitly seen or felt. But here the mood is more like a three-day prom, where it’s abundantly clear who’s popular, who’s not, and who’s going to be prom king or queen. And Yiannopoulos might have just nabbed that ultimate honor without even running for it.

Yiannopoulos begins greeting his audience, currently losing their fucking minds over him. The woman who screamed his name clasps her hands over her mouth and looks like she’s in physical pain, so much so that I have to ask if she’s happy or (as I naively imagined) upset. In response, she screams, “I’m happy, I’m happy! What the fuck! Oh my god, I don’t have my glasses on!”

You might be someone who thinks of Yiannopoulos, who was booed out of a bar in New York this week, as a defeated figure of the far-right. But here, he walks among the students like a high school quarterback who’s returned for homecoming, still the hero. Young women are literally weeping at the sight of him, boys are begging him for hugs and calling him “gorgeous.” One woman just wants to talk about free speech, telling him, “You should be able to say anything you want. You can’t say we’re for freedom of speech if you’re going to critique people for what they say.” Another takes a photo with him and screams, “I can’t wait to tell my parents I took a picture with a famous gay person!” A brown man with family in India praises Yiannopoulos for being “the only one” talking about “Islamist violence,” which isn’t the most uncomfortable thing to happen all weekend, but it’s certainly up there.

For most of the crowd, being in proximity to Yiannopoulos is the coolest fucking thing to ever happen. They love his type of politics: loud, ugly, self-serving, attention-grabbing, an approach in which a fierce attitude trumps any sort of discernible political policy. But for a small minority of college Republicans gathered here, this is their worst-case scenario.

A Sociology of the Smartphone What’s behind the recent media bloodbath? The dominance of Google and Facebook