Trump and McCain smack at each other over “spurious nationalism” comments 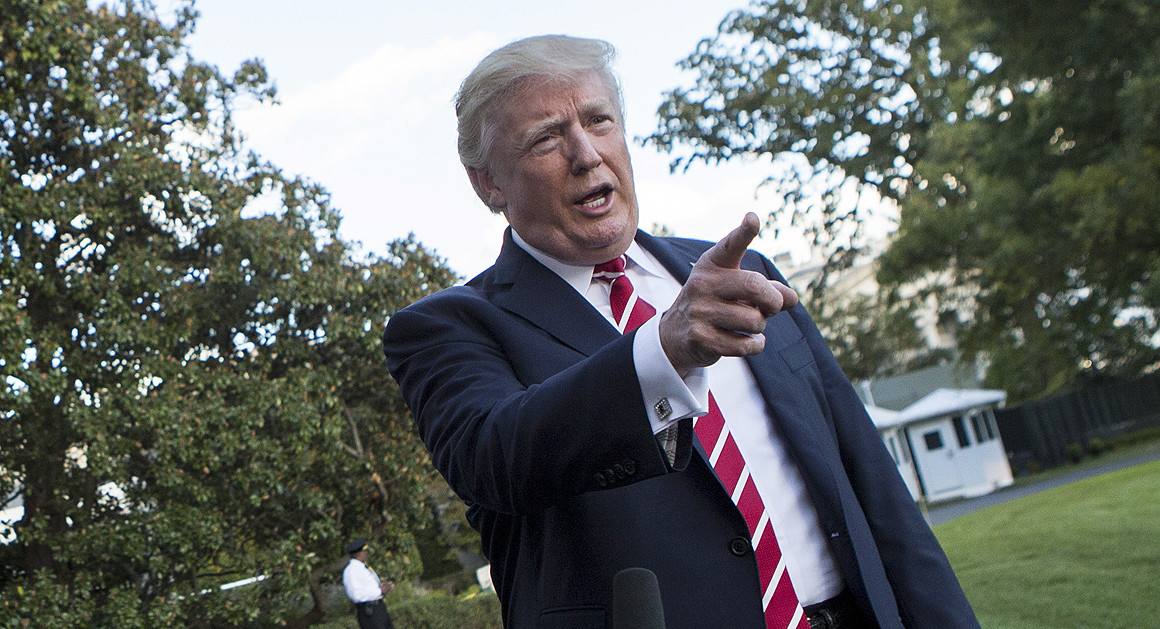 President Donald Trump on Tuesday slapped at Sen. John McCain’s condemnation the previous night of “spurious nationalism,” warning the Arizona Republican that “at some point I fight back and it won’t be pretty.”

The Arizona senator brushed off the apparent threat. “It’s fine with me,” McCain told reporters on Capitol Hill on Tuesday. “I’ve faced some fairly significant adversaries in the past.”

The latest public sparring between the two men comes after McCain, who was awarded the National Constitution Center’s Liberty Medal Monday night in Philadelphia, used his acceptance speech to denounce “half-baked, spurious nationalism cooked up by people who would rather find scapegoats than solve problems.” Such a worldview, the longtime Republican lawmaker said, “is as unpatriotic as an attachment to any other tired dogma of the past that Americans consigned to the ash heap of history.”

The remarks were widely interpreted as a shot at Trump’s political style, a mix of nationalism, populism and conservatism. McCain on Tuesday morning, however, denied that it was an explicit whack at the president.

“I was referring to the whole atmosphere and environment,” McCain said, noting that Trump is not the first politician to use “America First” language. “No, there’s a whole lot of people besides the president who have said ‘America First.'”

The two men have been at odds often throughout Trump’s brief but meteoric political career, perhaps most notably when the president suggested that McCain was “not a hero” even though he had been tortured as a prisoner of war during the Vietnam War because, Trump said, “I like people who weren’t captured.”