Trump’s hour by hour battle for self preservation 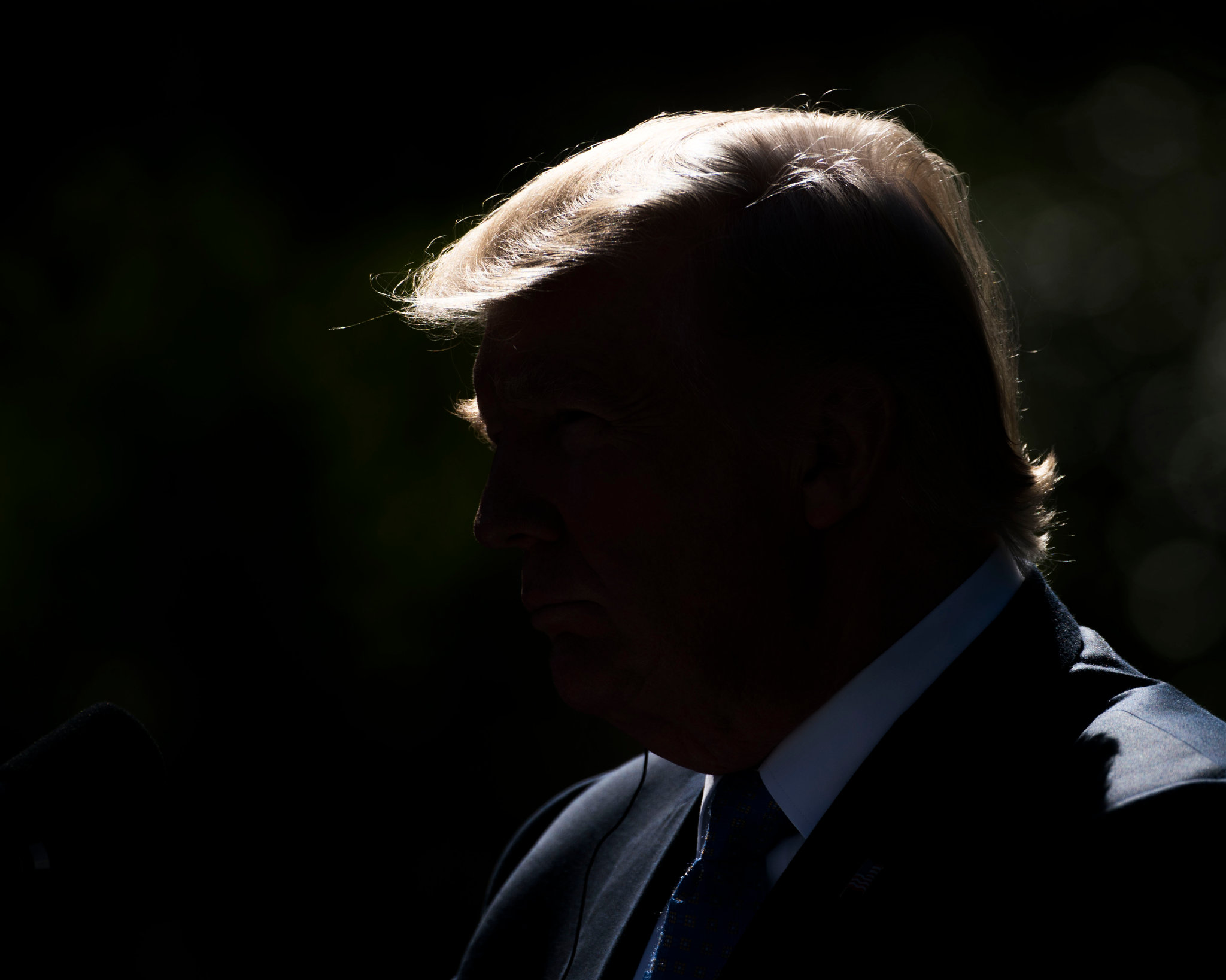 WASHINGTON — Around 5:30 each morning, President Trump wakes and tunes into the television in the White House’s master bedroom. He flips to CNN for news, moves to “Fox & Friends” for comfort and messaging ideas, and sometimes watches MSNBC’s “Morning Joe” because, friends suspect, it fires him up for the day.

Energized, infuriated — often a gumbo of both — Mr. Trump grabs his iPhone. Sometimes he tweets while propped on his pillow, according to aides. Other times he tweets from the den next door, watching another television. Less frequently, he makes his way up the hall to the ornate Treaty Room, sometimes dressed for the day, sometimes still in night clothes, where he begins his official and unofficial calls.

As he ends his first year in office, Mr. Trump is redefining what it means to be president. He sees the highest office in the land much as he did the night of his stunning victory over Hillary Clinton — as a prize he must fight to protect every waking moment, and Twitter is his Excalibur. Despite all his bluster, he views himself less as a titan dominating the world stage than a maligned outsider engaged in a struggle to be taken seriously, according to interviews with 60 advisers, associates, friends and members of Congress.

For other presidents, every day is a test of how to lead a country, not just a faction, balancing competing interests. For Mr. Trump, every day is an hour-by-hour battle for self-preservation. He still relitigates last year’s election, convinced that the investigation by Robert S. Mueller III, the special counsel, into Russia’s interference is a plot to delegitimize him. Color-coded maps highlighting the counties he won were hung on the White House walls.

Before taking office, Mr. Trump told top aides to think of each presidential day as an episode in a television show in which he vanquishes rivals. People close to him estimate that Mr. Trump spends at least four hours a day, and sometimes as much as twice that, in front of a television, sometimes with the volume muted, marinating in the no-holds-barred wars of cable news and eager to fire back.

“He feels like there’s an effort to undermine his election and that collusion allegations are unfounded,” said Senator Lindsey Graham, a Republican from South Carolina who has spent more time with the president than most lawmakers. “He believes passionately that the liberal left and the media are out to destroy him. The way he got here is fighting back and counterpunching.”